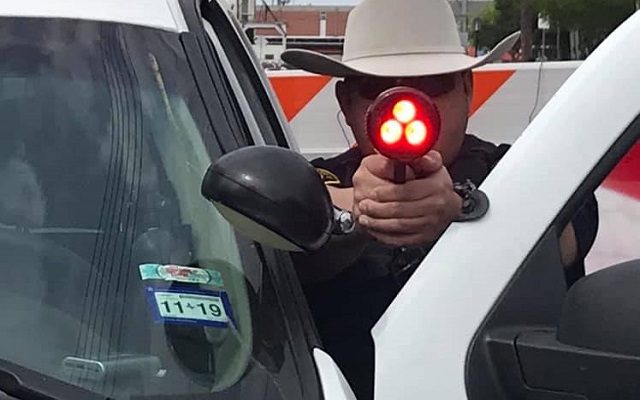 SAN ANTONIO (KTSA News) – Some people got quite a shock Monday morning when they checked out the Bexar County Sheriff’s Office Facebook Page.

There was a warning to texting drivers about a so-called “Cell Phone Terminator” that renders a cell phone completely useless.

“The device, which looks like a traditional radar gun, and is used in basically the same “point and shoot” manner, uses Gamma Ray technology to fry the electronic motherboard of an offender’s phone from up to 300 yards away, permanently rendering the phone useless,” said the message on Facebook.

“Go ahead BEXAR COUNTY my 8plus needs to be upgraded anyway and I don’t mind you paying for it,” commented one reader.   Another concerned reader asked, ” Just curious, how can they limit it to the phone. What will it do to the electronics in the car, the average car has at least 4 or more onboard computers to control the basic functions of the car including the brakes?”

If you were so shocked or irate that you didn’t read the entire story, then you probably missed the last sentence which said deputies couldn’t get on the company’s training schedule until May “because April’s full.”

And if that’s not enough of a hint for you, the hashtags should clear things up.