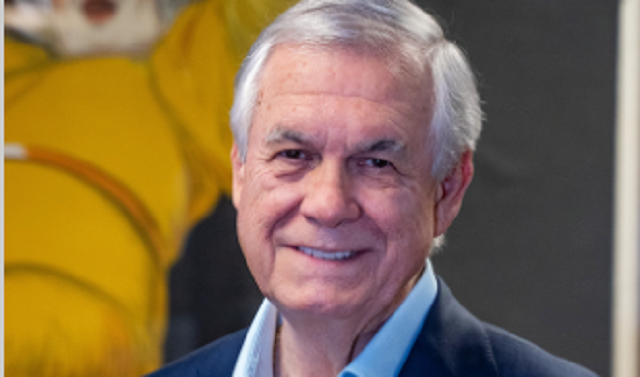 Businessman and San Antonio Philanthropist Carlos Alvarez donates $20 million to UTSA college of business, which will be named after him/Photo-Courtesy UTSA

SAN ANTONIO (KTSA News) –  Carlos and Malu Alvarez are donating  $20 million to UTSA’s College of Business.  The gift is the first of its kind in the history of the university, and in recognition of the contribution, UTSA will rename the college of business to the Carlos Alvarez College of Business.

“This gift is a transformational moment for UTSA and the College of Business and will advance our mission to become a great public research university,” said President Taylor Eighmy. “The Alvarezes’ longstanding philanthropic support of UTSA and educational institutions nationwide is a testament to their commitment to fostering generations of future business leaders.”

The College of Business has more than 7,900 students, seven academic departments and two research centers. To date, the college has produced nearly 40,000 graduates. It is also home to the No. 1 ranked cybersecurity program in the country, according to a news release from the University.

“We are very proud to support UTSA and its outstanding students, many of whom—like me—are first-generation Mexican Americans,” said Alvarez, co-chair of UTSA’s Campaign Leadership Council. “My previous support for UTSA dates back to 2006. As a result of UTSA’s stewardship of my previous gifts, and its success in growing and attracting high-caliber students, I was compelled to make this gift to the College of Business and support the largest business school in San Antonio, where I built my own business.”

Alvarez’s success story began in June 1981 in Austin when he sold the very first cases of Corona beer in the United States. Alvarez moved with his family in 1986 from Mexico to San Antonio and founded The Gambrinus Co., which became the U.S. importer for the Grupo Modelo beer brands. For the next 20 years Gambrinus was responsible for selling and marketing what would become the most successful brand in contemporary beer marketing history—Corona Extra.

Alvarez acquired the Spoetzl Brewery in Shiner in 1989.  Today, Shiner is a leading independent craft brewery with Shiner Bock as its flagship brand. Gambrinus also owns and operates the Trumer Brewery in Berkeley, California.

Alvarez serves on the boards of Cullen/Frost Bankers Inc., the United Way of San Antonio and the World Affairs Council of San Antonio. He is also a member of Haven for Hope’s leadership advisory council and the University of Texas System’s Chancellor’s Council.

At the national level Alvarez  serves on the boards of National Public Radio and the World Affairs Council of America, both in Washington, D.C. He is a trustee of Davidson College in Davidson, North Carolina; a former trustee of School Year Abroad in North Andover, Massachusetts; and a member of The University of Texas System’s Chancellor’s Council.

Alvarez was inducted into the Texas Business Hall of Fame in 2010. In 2011 he received the Ellis Island Medal of Honor, which celebrates inspiring immigrants to the United States whose philanthropy works for the betterment of their communities.