Bernie and his mittens go viral on social media 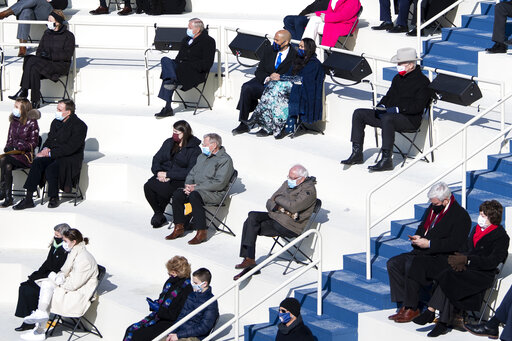 SAN ANTONIO (KTSA News) — Usually, comments on inauguration day wardrobes are reserved for the incoming or outgoing first ladies and as of yesterday, for the Vice President.

But the clothing choice that was made “meme-worthy” this time around? The giant mittens worn by Bernie Sanders.

The Vermont Senator showed up to the 2021 Presidential Inauguration looking like a typical New Englander in January. Oversized coat, some big knitted mittens and looking as though he was waiting to unleash a snappy comeback on the first person to ask him if it’s “cold enough for ya”.

The Brendan Smialowski photo of the Senator bundled up in a metal folding chair and appearing as though he’d rather be anywhere else made the rounds on social media.

He was photoshopped into everything from movie scenes to historical moments in history.

The image has become the most popular of the day. Showing up more often then President Biden taking the oath of office.

After the ceremony, Sanders talked with CBS News and when asked about he and his mittens becoming a meme, he replied:

“In Vermont…we know something about the cold and we’re not so concerned about good fashion. We want to keep warm.”