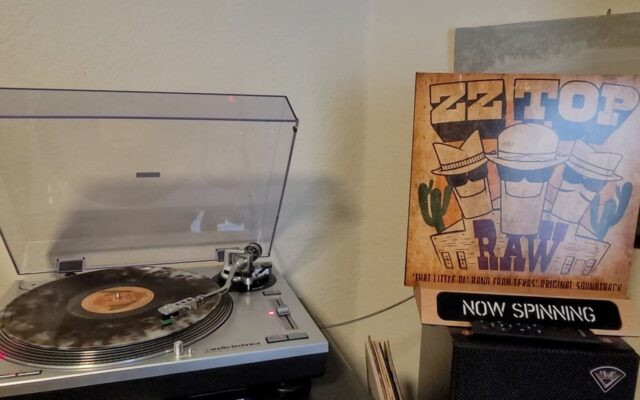 SAN ANTONIO (KTSA News) — As a child…oh hell…as a 50 something, one of my favorite hobbies is to dive into a big pile of vinyl records. I’ve spent more time than I should crawling through attics, basements and storage units to find that ONE album that I really want.

The problem is that the ONE album I’m looking for changes pretty much daily.

Even in the years when record companies pretty much stopped producing vinyl records, I was still on the lookout for some cool albums or 45’s to add to my collection. When I ran out of room in my house, I would miraculously find space for new additions. Usually at the expense of a piece of furniture. Who needs more than 2 chairs?

The recording industry began releasing vinyl records in mass quantity in recent years. They were once as hard to spot as Chik-Fil-A at the San Antonio airport but now, you will find albums displayed at most major retailers and online of course.

An internet vaping shop called ProVape is looking into the vinyl resurgence.

They looked into which of the 50 states have google searched the term “vinyls”. Then ProVape
compared it against each state’s population to find out what states are searching for vinyl records the most.

Colorado comes in at number 1. With over 115.88 searches per 100,000 people and an average of 6,600 Google searches per month, Colorado is the US state most obsessed with vinyl records.

California is rated number two a staggering average of 40,500 searches per month, and 102.38 searches per 100,000 people California is the second most vinyl-obsessed state. Such a high ranking might not be too surprising for California, since Hollywood is home to some of the most famous artists and musicians from all over the world.

New York and Nevada round out the Top 5 vinyl obsessed states according to ProVape.
A company spokesperson says:

“It is fascinating to see how many people want to purchase vinyl records nowadays. “People tend to have a feeling of nostalgia when it comes to the pre-digital era. The new millennium brought a series of digital innovations to the musical world, which are far more convenient and appealing from a user perspective, compared to the stationary vinyl record player.
“However, listeners have now found a new love for vintage music, and it’s amazing that people all over the US still search vinyl records online in such vast numbers.’’