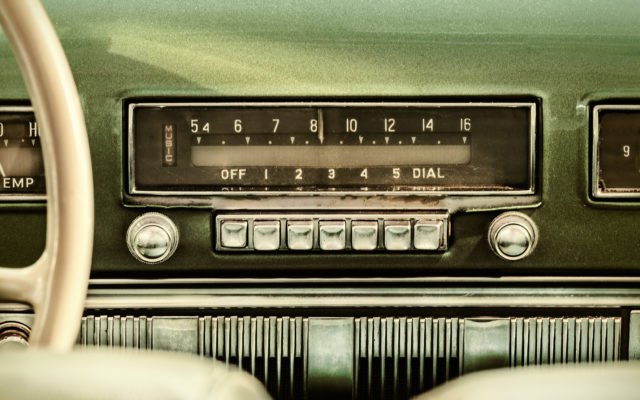 SAN ANTONIO (KTSA News) —  You don’t see them very often these days but there was a time radio stations would buy a lot of ad time on local TV.

They were all pretty standard. Promoting music, contests, sometimes one of the DJ’s would be on camera saying something wacky.

Then there was a station I worked at in Bangor, Maine.

WKIT-FM is owned by author Stephen King and I worked there for 11 years.  The cool thing about working there was that things were expected to be fun and loose.  It wasn’t that way all the time….but when it was!

The station plays a great mixture of classic rock with some new rock mixed in. In these days of  highly researched playlists, the Program Director at the time, Bobby Russell, preferred to go with his gut.  He called it the “goofiest station out there.”

The idea was to be unpredictable and for the most part it was, and still is.

Then there was the day I got called down to Bobby’s office.  I walk in and he invites me to see what he’s about to play on his computer.  It was a new TV ad and he was super excited about it.

The spot begins with a soft acoustic guitar playing behind scenes of happy families doing happy family things. But after about 20 seconds or so, in typical Stephen King fashion, all hell breaks loose.

We all laughed stupid hard and thought it was the greatest thing ever…so Bobby sent it to the local TV stations and it would start airing in a few days.

It did, things were going great…then one day Bobby gets a call from one of the TV stations. He’s told they have to pull the ad because it is “not acceptable to some members of the local television audience”.

We were actually quite proud of the fact that our ad was pulled but if you want to check it out, it’s still floating around the internet.