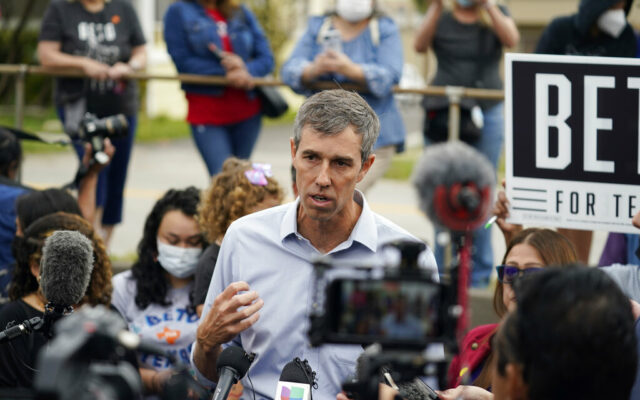 Democrat Beto O'Rourke speak to the media during a campaign stop, Tuesday, Nov. 16, 2021, in San Antonio. O'Rourke announce Monday that he will run for Texas governor. (AP Photo/Eric Gay)

O’Rourke is stopping in Boerne on Friday as part of his campaign in the run for Governor against Greg Abbott. The campaign rally will begin at 12 p.m. at the Amphitheater located behind the library at 451 N. Main Street.

The rally is open to the public.

How did Bexar County residents vote in the 2022 Texas Primary Election?