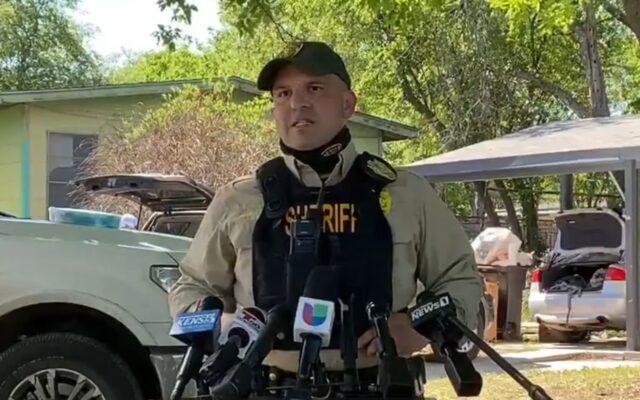 Bexar County Sheriff Javier Salazar says a drug operation at the home in the 100 block of Trudell was first broken up a few weeks ago when Deputies were delivering a warrant.

But then they got word it had started again.

Thursday’s bust began when Deputies performed a traffic stop on a car that had just left the home.

When they stopped the car at Loop 410 and Ingram, Deputies found black tar heroin and meth in the vehicle which prompted a raid on the house.

During a sweep, Deputies found seven kilos of heroin, 1.5 kilos of methamphetamine and $8,500 in cash.

Salazar says the estimated street value of the drugs they found is $700,000.