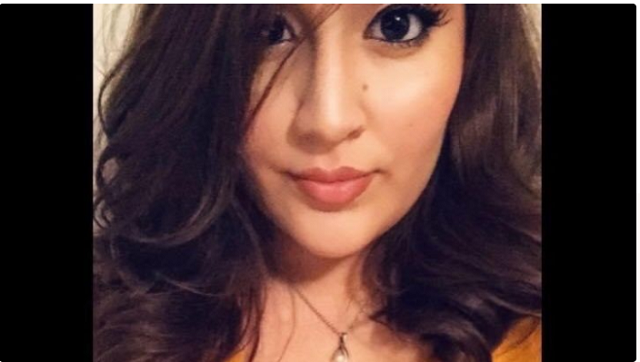 Giovanna Barrera was murdered after roller skating through her Northeast Side neighborhood Dec. 9, 2020/Photo-Jackie Chavez

SAN ANTONIO (KTSA News) – A man and woman have been arrested in connection with the shooting death of a local roller skating enthusiast who was shot over a cell phone, Bexar County Sheriff Javier Salazar said.

Twenty-four-year-old Giovanna Barrera was shot and killed after roller skating in her Northeast side neighborhood Wednesday afternoon near Walzem Road and FM 78.

Salazar says Barrera was in her car in the driveway, taking off her skates when 28-year-old Daniel Calvillo walked up and demanded her cell phone.

“Giovanna, it appears, refused and threw her phone under the seat of the car,” said Salazar. “At that point, it appears Calvillo, just in cold blood at close range shot her in the head and killed her right there.”

Calvillo is charged with capital murder and a woman who was with him is charged with being a felon in possession of a firearm. She’s identified as 20-year-old Keyana Jones. Salazar said Jones could also be charged with murder as the investigation continues.

A GoFundMe account has been set up to help the family with        funeral expenses.

“On a crash course”: Texas hospitals brace for another COVID-19 surge as delta variant burns through unvaccinated communities