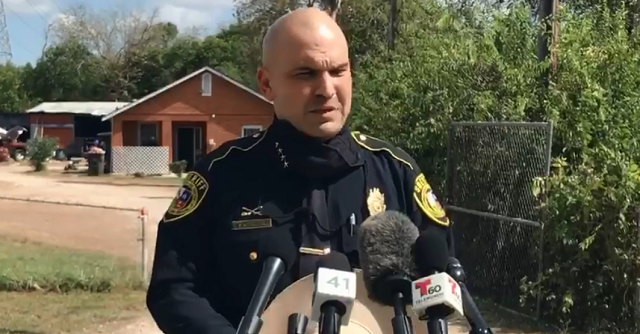 SAN ANTONIO (KTSA News) – Bexar County deputies are using a cadaver dog and excavation equipment to search for a missing man from Philadelphia believed to be dead.

Tuesday, DPS officers and U.S. Marshals joined deputies in raids at two homes in the 200 and 300 blocks of Holmgreen in the East Side.  They had a warrant for a suspect wanted for violent crimes, but he was not located.   Investigators did find a couple of stolen motorcycles, weapons and narcotics, but no sign of 39-year-old Curtis Perry, who’s been missing since July.

Sheriff Javier Salazar says Perry had been visiting relatives in Houston before coming to San Antonio.   He was last seen July 29 on South Foster Road.   Salazar says surveillance video from a nearby home shows Perry being chased by several men before he disappears from camera view.

Salazar says deputies are prepared to search the property for several days.  Meanwhile, officers are stationed there 24 hours a day to keep people away from the area.

“We’ve actually brought out some heavy machinery from Bexar County Public Works,” said Salazar. “We’ve got a crew out here.  We’ve got detectives out here who are very methodically searching the area.”