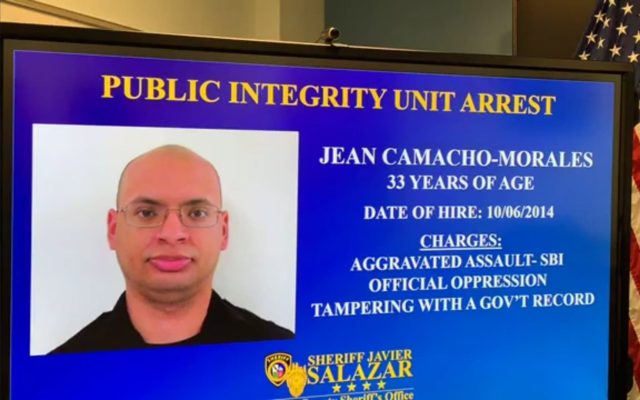 SAN ANTONIO (KTSA News) — A Bexar County Sheriff’s Deputy is behind bars because he allowed several jail inmates to beat up another inmate.

He says he reported it right away but after viewing surveillance video, the Deputy’s story wasn’t adding up.

Morales knew the assault was going to take place and let it happen.

Several inmates joined in the attack and some attempted to cover it up by cleaning up the victim’s blood from the shower area.

“We have Deputies that are coming to work every day in the middle of this pandemic and doing their job and working long, long hours. Putting their own health at risk to protect and serve their community…and then we have people like this.”

The 44 year old victim was beaten so badly that he required a breathing tube. He’s expected to recover. One of the inmates behind the attack has been charged and the Sheriff says others will be charged as well.

Deputy Morales was taken into custody Tuesday night. He’s been charged with official oppression, aggravated assault, and tempering with a government record.