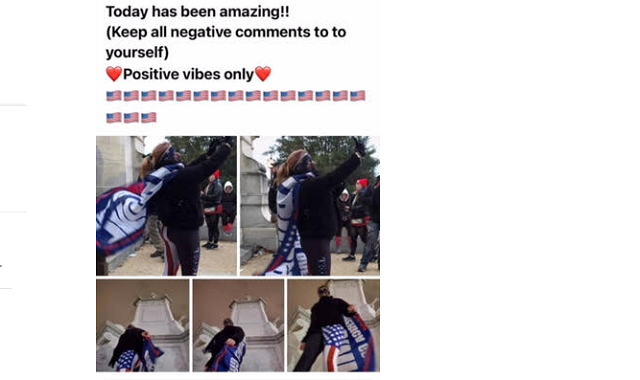 SAN ANTONIO (KTSA News) – A Bexar County detention officer is under investigation for her role in the protests at the U.S. Capitol Wednesday.

Sheriff’s Lt. Roxanne Mathai posted on social media numerous photos of herself and others during the pro-Trump events throughout the day.

“We all have a right to assemble and to voice our opinions, but I do know that at a certain point, things became criminal and I don’t know what this deputy’s involvement was,” said Sheriff Javier Salazar.

He told KTSA News that some photos brought to his attention show Mathai standing on a monument.

“It looks like she climbed a monument and took a selfie. That may be a violation of local law in Washington, DC,” the Sheriff said.

Another post shows rioters who broke through a police line and went up the steps  of the Capitol.

Salazar has sent screenshots of Mathai’s posts to the FBI for further investigation.  He also ordered an internal investigation to determine whether the 46-year-old detention officer violated the department’s code of conduct.

Mathai has been on administrative leave since October amid allegations that she had an improper relationship with an inmate.