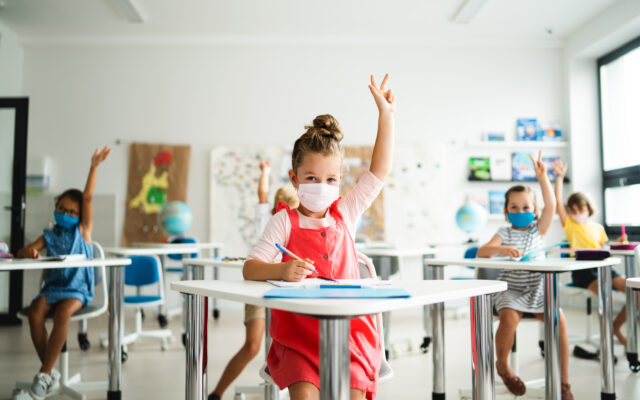 Note: This story was updated throughout at 6:15 p.m.

SAN ANTONIO (KTSA News) — A Bexar County District Judge has sided with the city and county once more in their pursuit to enforce a mask mandate in schools and local government buildings.

More than 1,400 people are hospitalized across all healthcare systems in the county, according to the city’s digital dashboard. Less than 10% of staffed hospital beds are currently available.

“As we have said throughout this matter, the mask mandate is a time-sensitive measure that helps local leaders and health experts to contain the spread of COVID-19. This is especially important given the thousands of children who returned to school this week, many of whom are not yet eligible to be vaccinated,” said San Antonio City Attorney Andy Segovia.

Arteaga granted a temporary restraining order last Tuesday that allowed the Bexar County Public Health Authority to issue a mask mandate for schools. The school year began for some San Antonio schools districts as early as last Monday with many districts starting today.

Texas Governor Greg Abbott appealed the ruling, alongside a similar lawsuit from Dallas County, with a Writ of Mandamus Friday. The appeals court upheld the county ruling.

On Sunday, the Texas Supreme Court struck down the restraining orders in an effort to block the mask mandates in Dallas and Bexar counties.

The city said the high court’s ruling “has little practical effect” as the temporary restraining order in question was set to expire today ahead of today’s temporary injunction hearing.

A statement said because the Supreme Court failed to rule specifically on the Attorney General’s Petition for Writ of Mandamus filed Friday, the city and county would continue with today’s hearing.

“The City of San Antonio and Bexar County’s response to the Texas Supreme Court continues to emphasize that the Governor cannot use his emergency powers to suspend laws that provide local entities the needed flexibility to act in an emergency,” said Segovia in a statement Sunday. “His suspension authority is meant to facilitate action, not prohibit it.”

The city said in a statement Sunday night the mask mandate for public schools remains in effect despite the high court’s ruling.

A tentative permanent injunction hearing is set for December.