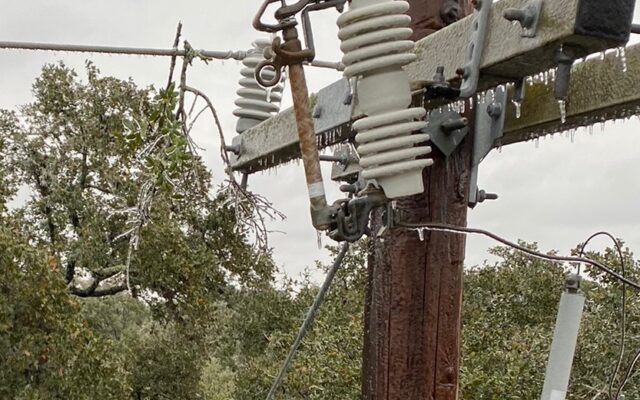 SAN ANTONIO (KTSA News) — Power outages are being reported across the state and Bexar County residents are reportedly the most affected.

According to PowerOutage.US, Bexar County was reporting at 1:30 p.m. Thursday afternoon there were 17,890 reported outages. Behind Bexar County on the list was Collin County at 8,437 outages and Hunt County at 7,174 outages.

The map reports that there were a total 52,174 outages across the entire state for the same reporting period. That figure means that more than one-third of the total outages in Texas were centralized in Bexar County Thursday afternoon.

In a provider breakdown, CPS Energy was second on the list for most reported outages at 18,077 behind Oncor who was reporting 22,421 customers were without power. Oncor serves the Dallas Fort Worth metro area, Midland, Odessa, Killeen, Waco, Wichita Falls and Tyler.

CPS Energy Interim President and CEO Rudy Garza said Thursday morning that the outages are not systemic, noting the causes are mostly related to wind and ice accumulation on wires and trees.

“Our crews are out in this mess, working really hard,” Garza said. “So I’d appreciate y’all pay attention to where they’re at so they can do their work safely.”