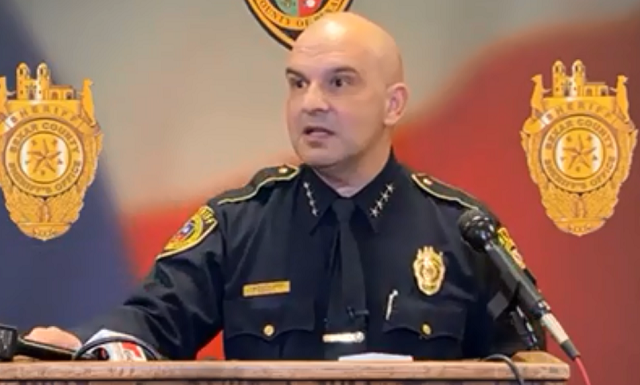 SAN ANTONIO (KTSA News) – If Freeman Coliseum is selected as a housing facility for unaccompanied minors, Bexar County Sheriff Javier Salazar wants nothing to do with it.

“I do not believe we should agree to house them, and I do not want to allow my deputies to be used in that capacity, as this crisis seems to show no signs of slowing down,” Salazar said in an email to County Commissioners.

Because the Coliseum is County property, Salazar is concerned that deputies could be called on to provide security.

“I have no intention of allowing my deputies to become the front-facing uniforms of this volatile issue,” the sheriff said.  “In light of our current manpower concerns, I just don’t see us having the manpower to assist, neither on duty nor off duty.”

Bexar County Commissioner Trish DeBerry replied to Salazar’s email, saying she has “very serious concerns” about the issue of using Freeman Coliseum as a temporary shelter.

“Appreciate you weighing in from a law enforcement perspective,” said DeBerry.

County Commissioner Justin Rodriguez said he received the email and he respects the sheriff’s opinion, but Salazar has not been contacted to provide any services at that site.

“What I understand is, if it is a housing site for these kids, that DHS –the feds would be in charge of that,” said Rodriguez. “I have not talked to the sheriff directly, but I did receive his email and certainly respect his opinion.”

The sheriff says the unaccompanied minors crossing the border are not being kept in the best conditions and there’s a lack of transparency with the media not being allowed to observe the facilities.

“I certainly sympathize with these children and hope that the federal government can find a long-term solution.  I just don’t see that exposing ourselves or our first responders to any number of pitfalls surrounding this crisis is the answer,” said the sheriff.