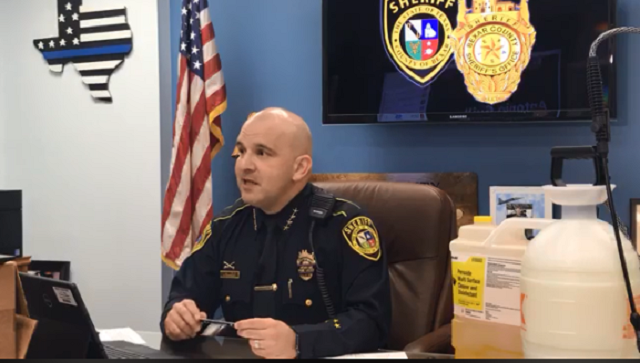 SAN ANTONIO (KTSA News) — Bexar County Sheriff Javier Salazar has once again written a letter to President Joe Biden, asking for help with the humanitarian crisis at the border.

The Sheriff has written to Biden twice before to ask for help with the issue and cited this Monday’s discovery of dozens of dead immigrants in a truck in Southwest San Antonio as another reason why the federal government needs to assist.

In the letter, Salazar says he is angry that he couldn’t stop the loss of life in Monday’s discovery and that in his best efforts to appeal to the Biden administration in the past, he has received no response.

He also mentioned how the lack of action by the feds has allowed Governor Greg Abbott to use the immigration issue as “one big campaign stunt”.

“Governor Abbott has wasted excessive assets and personnel on an ineffective farce of an effort. I know it’s ineffective, because my deputies and surrounding county sheriffs deal with the aftermath every single day in the form of vehicle pursuits and even rescue operations with dozens of victims at a time. Abbott has jailed countless immigrants on worthless charges that have only served to clog an already over-taxed state prison system, which has had a trickledown effect on overcrowded local jails.

He closed his letter by requesting the President meet with hi and other Urban County Texas Sheriffs to address the issues at hand.