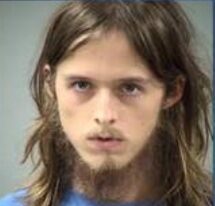 SAN ANTONIO (KTSA News) — The Bexar County Sheriff’s Office is looking for a man who was living in a home where a woman body was foundB.

The woman’s relatives had called deputies on Wednesday. They said they hadn’t heard from the woman and asked deputies to check on her.

When they arrived at the home on White Mulberry they found a body believed to be that of the woman. A positive ID hasn’t been made.

She had been dead for several days and there were signs of severe trauma.

Deputies turned their attention to another family member who was living in the home.

The Sheriff’s Office says they don’t know if Tetens had anything to do with the woman’s death but they want to talk to him.

Tetens has a medical condition that could place himself and others at risk so if you see him, do not approach him. Just call the sheriff’s office at 210-335-6000.