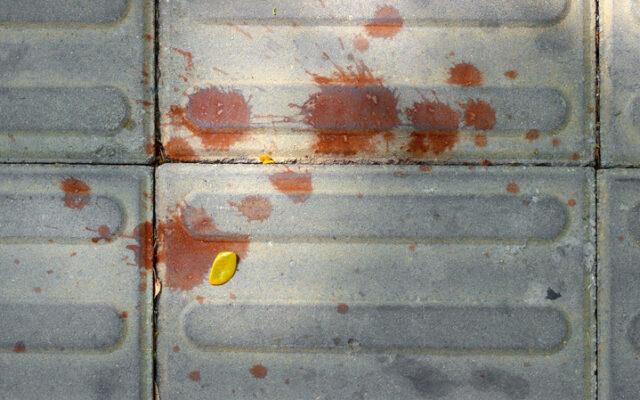 Blood on the street.

SAN ANTONIO (KTSA News) — A woman accused of stabbing her boyfriend numerous times is facing charges after police got help from a trail of blood on Thursday night.

Cassandra Gutierrez, 30, of San Antonio was arrested after police were called to an apartment complex where a man was bleeding heavily due to multiple stab wounds.

Investigators say Gutierrez became confrontational at her apartment after she returned from drinking at a bar with her boyfriend. Police say she stabbed the victim repeatedly with a kitchen knife after accusing him of not helping with the bills.

Officers found the man bleeding at the apartment complex leasing office, and then followed a trail of blood back to the woman’s unit.

The 42-year-old victim was taken to Brooke Army Medical Center in stable condition.

An arrest warrant was issued for Gutierrez and she was apprehended Tuesday.

There is no word on the condition of the victim.

A bond of $75,000 was set for Gutierrez after she was booked into the Bexar County Jail.