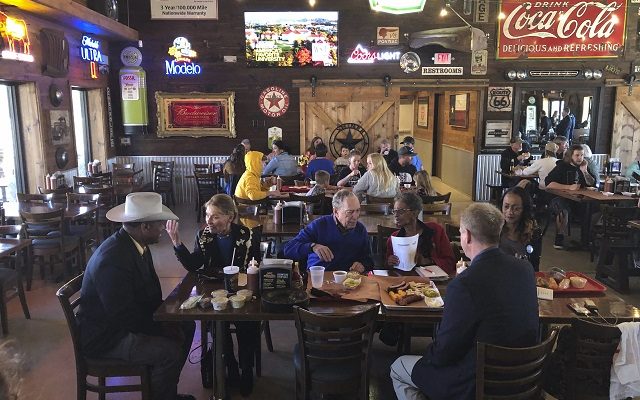 WASHINGTON (AP) — Billionaire Michael Bloomberg is doubling the already massive amount of money he will spend on advertising, an effort to lift his Democratic presidential bid and capitalize on the chaotic outcome of Monday’s Iowa caucuses.

“After more than a year of this primary, the field is as unsettled as ever. No one has made the sale or even come close to it,” Bloomberg spokeswoman Sabrina Singh said Tuesday. “Meanwhile, Mike is taking the fight to Trump every day, doubling down on the national campaign strategy we’ve been running from the beginning.”

An exact dollar figure was not provided, but Bloomberg, the former mayor of New York City, has already spent over $300 million on TV, radio and digital advertising, according to the ad tracking firm Advertising Analytics. That’s boosted him in recent polls even though he is not competing head-to-head with the rest of the Democratic field in early voting states like Iowa and New Hampshire.

No winner has been declared in the Iowa contest after a technical meltdown prevented many election officials from using a new mobile app to report results. Vermont Sen. Bernie Sanders held a slight edge in polls before the caucuses, though Massachusetts Sen. Elizabeth Warren, former Vice President Joe Biden and former South Bend, Indiana, Mayor Pete Buttigieg were all positioned to win.

Bloomberg is running an unconventional campaign that hinges on performing well in contests that come later. He has flooded TV, Facebook and Google with advertising that has improved his standing, even though he has not appeared in a single debate.

In addition to the new advertising spending, Bloomberg’s campaign announced it will also double its number of staff, taking the campaign’s headcount to 2,100.

His campaign says he will have 125 offices by the week’s end and staffers in 40 states and territories, including 450 workers in the battlegrounds of Wisconsin, Pennsylvania, North Carolina, Arizona, Florida and Michigan.