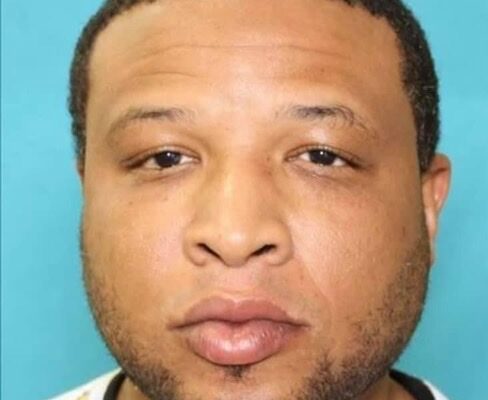 UPDATE:  A man wanted in the shooting of a DPS trooper has been found dead, according to a Facebook post by the Texas Department of Public Safety Officers Association.

Trooper Chad Walker was responding to a call to assist a motorist near Mexia when he came upon a stalled vehicle on the side of the road. He pulled up behind the vehicle, but before he could stop, 35-year-old DeArthur Pinson Jr. emerged from the driver’s seat and fired several rounds at Walker through the windshield, posted Todd Snyder, regional director of the Texas DPS Officers Association.

Walker was shot in the head and abdomen. Pinson got a black backpack out of his vehicle and fled  on foot. Walker was transported to Baylor Scott & White – Hillcrest Hospital in Waco, where he remains in critical, but stable condition.

Trooper Walker and his wife have a 15-year-old son, twin seven-year-old daughters, and a two-month-old daughter.

SAN ANTONIO (KTSA News) -A Blue Alert has been activated for a man accused of shooting a Texas DPS trooper Friday night in Mexia.

DeArthur Pinson Jr., 36, is considered armed and dangerous and should not be approached. Please call 911 if you have any information.

Pinson is a Black male, about 6-feet tall and weighs about 220 pounds. He has facial hair and may be wearing glasses. Pinson was last seen wearing a black hoodie and shorts with a stripe down the side.