SAN ANTONIO (KTSA News) – Bexar County work crews picking up trash in the Southeast Side made a grisly discovery Thursday afternoon.  They found a body wrapped in a tarp off of W. W. White Road at Higdon Road.

“They picked up some trash bags that were on the side of the road and went to pick up what they believed to be just a bundle.  They noticed it was heavier than usual, so they stopped,” said Salazar.

That “bundle” was actually a body.   Salazar believes it had not been there long because it was not in a state of decomposition, but the gender was not immediately known.  Deputies were waiting for the homicide mobile lab and forensics investigators to make the scene Thursday afternoon  and remove the tarp.  The sheriff told reporters the body was in an unusual position.

“We don’t know yet if it’s somebody that’s maybe balled up in a fetal-type position or if it’s  somebody  that unfortunately, is cut up, but we just don’t know yet,” said Salazar.

He’s asking anyone who may know of a missing person to contact the sheriff’s office.

Developing story…check back for updates. 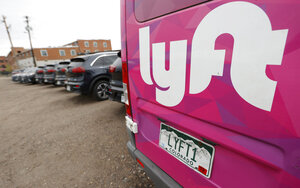