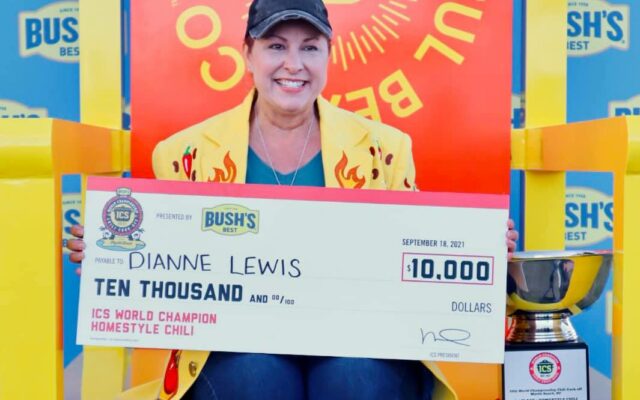 Dianne Lewis claimed the championship in the Homestyle division against 100 other submissions, and brought home a $10,000 prize and the Bush’s Beans Homestyle Champion Jacket, presented by Brian Baumgartner, known for his role of the chili-loving Kevin from the television show The Office.

The annual cook-off spanned three days and included five categories: homestyle, traditional red, verde, veggie and salsa, and “outside of the pros.”

“The atmosphere at this event was absolutely electric as each winner was announced. It was as if everyone in attendance had just collectively won the competition,” said President and CEO of WCCC, Mike McCloud. “Though all of the chili competitors are very intense and serious about winning, the industry really is a family affair and everyone cheers for their peers when the winners are announced.”