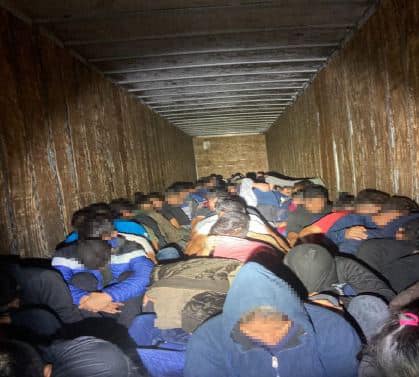 SAN ANTONIO (KTSA News) — Border Patrol Agents with the Laredo sector had a busy day and half late last week.

According to a post on their Facebook page, agents rescued nearly 200 undocumented immigrants in the span of 36 hours.

The immigrants were found inside tractor trailers during three separate smuggling attempts. They were all in good health, but none of them had any type of legal documentation to remain in the United States.

The trucks drivers, who are all US citizens were taken into custody by Border Patrol agents and remain in custody.

They will be set up for prosecution.