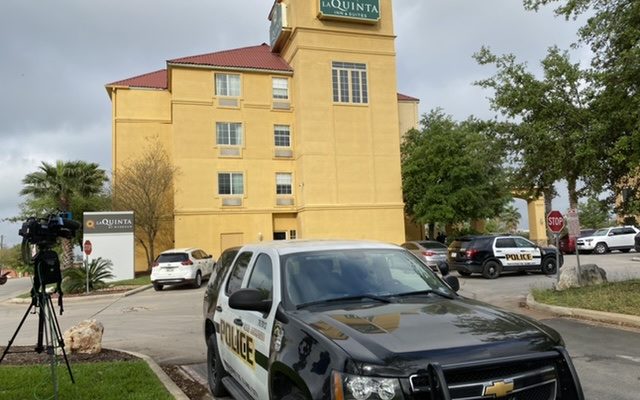 SAN ANTONIO (KTSA News) – A man fatally shot at a Stone Oak area hotel was a U.S. Border Patrol agent. His wife is charged with murder.

Police were called to La Quinta Inn when shots rang out around 8:30 Tuesday morning. Officer Alisia Pruneda told KTSA News the man had been shot several times. He was rushed to a hospital where he later died.

He’s been identified as 47-year-old Jon Marburger, a U.S. Border Patrol agent out of the Del Rio area.

His wife, Sherry Marburger, has been arrested and charged with his murder.