Broadway in San Antonio is back with My Fair Lady, Hamilton, Mean Girls and more 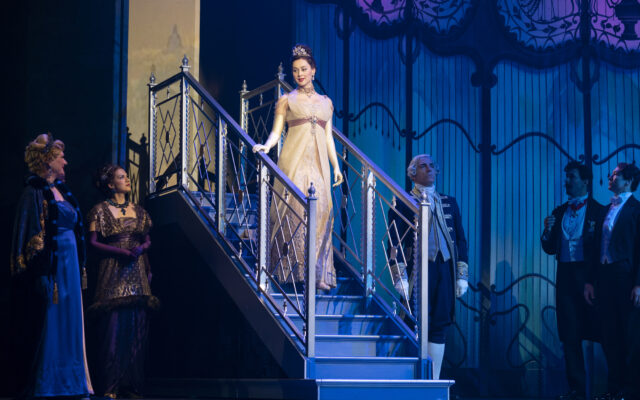 SAN ANTONIO (KTSA News) — Tickets go on sale this week for San Antonians to catch My Fair Lady at the Majestic Theatre in San Antonio in September.

My Fair Lady will kick off the upcoming Broadway in San Antonio season with eight shows between September 21 and 26. The Majestic Theater is opening to full capacity and will require masks for guests viewing performances.

The remaining 2021 Broadway in San Antonio line-up includes Disney’s Lion King from October 20 through November 7 and Charlie and the Chocolate Factory from December 7 through 12.

2022 will start with Hamilton from January 5 to 16, Tootsie from March 1 through 6, Rent on March 18 and 19, Summer: The Donna Summer Musical from April 19 through 24, Beautiful: The Carole King Musical from June 10 to 12, Jesus Christ Superstar July 5 through 10 and round out the season with Mean Girls from August 9 to 14.

The performance comes to San Antonio thanks to the Lincoln Center Theater with direction by Bartlett Sher, choreography by Christopher Gattelli, sets by Michael Yeargan, costumes by Catherine Zuber, lighting by Donald Holder, sound by Marc Salzberg, musical arrangements are by Ted Sperling featuring the show’s original musical arrangements by Robert Russell Bennett and Phil Lang, and dance arrangements by Trude Rittmann.

My Fair Lady first premiered on Broadway in 1956.