Brockhouse: ‘Do you want calm and steady or passionate energy?’ 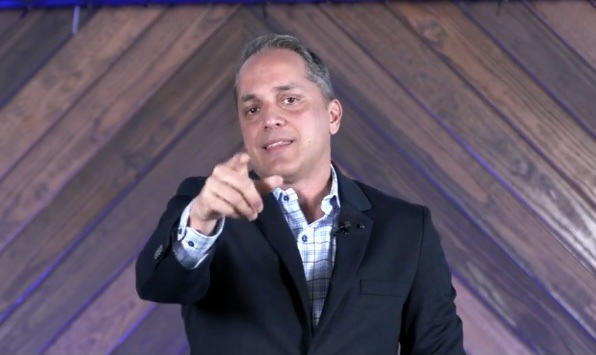 Brockhouse noted that Nirenberg’s supporters describe him as a “calm and steady” mayor as he leads San Antonio through the pandemic, but Brockhouse asked, “Do you want ‘calm and steady’ or  passionate energy?”

During a virtual campaign kickoff Saturday afternoon, Brockhouse said it’s time for bold leadership and bold ideas. COVID-19 invaded our community “in anything but a calm and steady manner and we need to fire back in the same process.”

He criticized the vaccine rollout plan  and lashed out at the city for allowing thousands of people at events at the Alamodome and for welcoming NCAA events while telling people to limit gatherings in their homes.

Brockhouse said he won’t be bought by special interests, and if elected, he’ll “blow the lid off transparency at City Hall.” He also gave out his “personal” phone number—210-973-0591.

Saturday’s event started with a prayer by the candidate’s father, David Brockhouse, who’s a pastor at a Lutheran church. He prayed for meaningful dialogue and respectful discourse. He also prayed for the campaign workers and volunteers as they go out into the community spreading “a message of hope.”

There were also messages of support from Brockhouse’s oldest daughter, Emma, and his father-in-law.

Brockhouse was introduced by his wife, Annalisa, who said San Antonio is ready for “real leadership.”