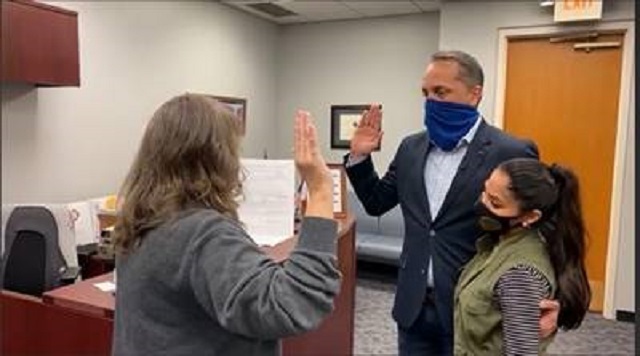 Accompanied by his wife, Brockhouse filed the necessary paperwork in the city clerk’s office Friday.

“San Antonio residents know we can do better at City Hall,” said Brockhouse. “In this race, we are bringing new energy, bold ideas, and real urgency to make San Antonio the best place to work and live in Texas.”

He vows to attract new jobs to San Antonio, drive up wages and “clean up City Hall.”

Brockhouse will launch his campaign at a virtual event at 2 pm Saturday.  The event will be livestreamed on his Facebook page.

Brockhouse was elected to the City Council in 2017 and lost a close race to Mayor Ron Nirenberg in 2019.  He served in the U.S. Air Force for nine years.