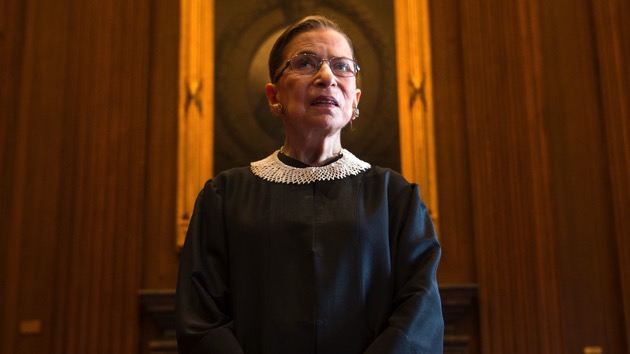 Ginsburg, who died last month at age 87, was born in Brooklyn in 1933 and raised in the borough.

The statue will be placed in front of City Point, a residential and commercial area in Downtown Brooklyn, according to a statement Tuesday from City Point.

The reveal will be on March 15, 2021, to honor Women’s History Month and Ginsburg’s birthday, according City Point.

The statue’s artists, Gillie and Marc, installed 10 statues of notable women in New York City last year, increasing the city’s representation of women in public sculpture from 3% to 10%, according to City Point.

The artists said in a statement, “With the two steps on its large base representing the Supreme Court and the climb she made to get there, the work is designed to provide the public with an opportunity to stand at her side, and gain inspiration from her journey fighting for equal rights.”

Brooklyn borough president Eric Adams tweeted Tuesday, “No one can dispute the towering achievements of #RuthBaderGinsburg and the value of adding this judicial giant’s likeness to the landscape of our city.”

New York Gov. Andrew Cuomo announced in September that Ginsburg would be honored with a statue in Brooklyn.

“As a lawyer, jurist, and professor, she redefined gender equity and civil rights and ensured America lived up to her founding ideals — she was a monumental figure of equality, and we can all agree that she deserves a monument in her honor,” Cuomo said.

The Brooklyn municipal building will also be renamed for Ginsburg, Mayor Bill de Blasio announced last month. The campaign to rename the building after the “proud daughter of Brooklyn” began two years ago, according to Adams.