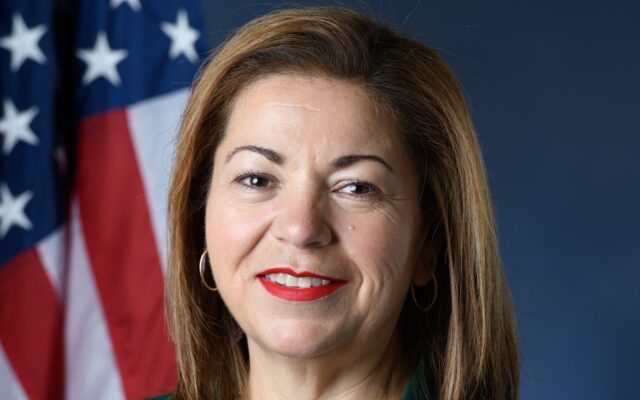 SAN ANTONIO (KTSA News) — The 2022 Congressional baseball game was played Thursday night and Friday morning, nobody is talking about the score.

Taking all of the attention away from the Republicans win over the Democrats is a Congresswoman from California and a gesture she made towards the Republican dugout.

It happened in the 6th inning. The batter was California Democrat Linda Sanchez.

She jogged to first base after a lead-off walk and was pulled so a pinch runner could take her place.

It happens in baseball, even to the best batters in history.

But as she was making her way back to the Democrats dugout, she passes the Republican bench.

What happened next is something that could have provoked a brawl in the major leagues, but this was a charity game and sportsmanship is supposed to be on full display.

Right there, on front of 17,000 spectators and a nationwide TV audience, Sanchez held up her left arm and gave the Republican dugout the middle finger.

Many who watched are wondering if a GOP baseball player said something to Sanchez to provoked the hatching of the bird, or are things in Congress THAT divided. Maybe she realized her team was on the brink of a double digit loss and her single digit display was due to poor sportsmanship.

No matter the reason, Sanchez didn’t score any points the Republican lineup, or for her team.

The GOP came away with a 10-0 win over the Democrats. Sanchez has yet to comment on the gesture.

Proceeds from ticket sales are donated to several charities, including the Boys and Girls Clubs of Great Washington and the Capitol Police Memorial Fund.

I wonder what prompted ⁦@RepLindaSanchez⁩ to flip the bird towards the GOP bench pic.twitter.com/Pw3rsXHvn2