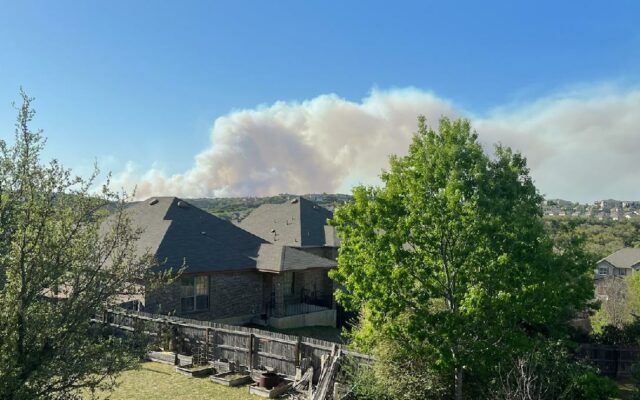 BEXAR COUNTY (KTSA News) — A large wildfire flared up Saturday at Camp Bullis and is continuing to burn into the night.

Officials with Joint Base San Antonio Camp Bullis and the Texas A&M Forest Service said more than 1,500 acres have burned and the fire is about 25 percent contained.

Base officials said some residents in Comal County near Camp Bullis have been asked to evacuate the area and are being sent to Spring Branch Middle School as a shelter.

The fire began in the base’s demo training range and spread due to the dry and gusty weather conditions.

Fire crews from Joint Base San Antonio, San Antonio, Leon Springs, Bexar-Bulverde, and other agencies are all involved in battling the fire.

The blaze is currently only within Camp Bullis itself.