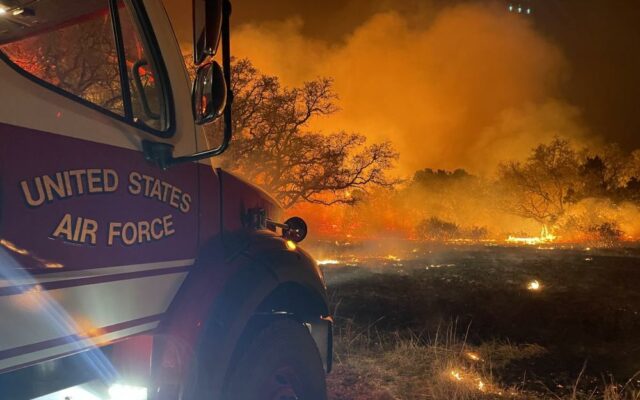 SAN ANTONIO (KTSA News) —The Camp Bullis wildfire is closer to being contained.

The massive fire is now 70% contained, Joint Base San Antonio officials said Monday afternoon. It has burned an estimated 3,000 acres since it began Saturday.

Officials said the fire began in the base’s demo training range and spread due to the dry and gusty weather conditions.

The overnight rain and extra humidity reportedly helped containment operations and officials said there was no growth or flareups overnight.

The voluntary evacuation orders are lifted and no additional evacuations are expected.