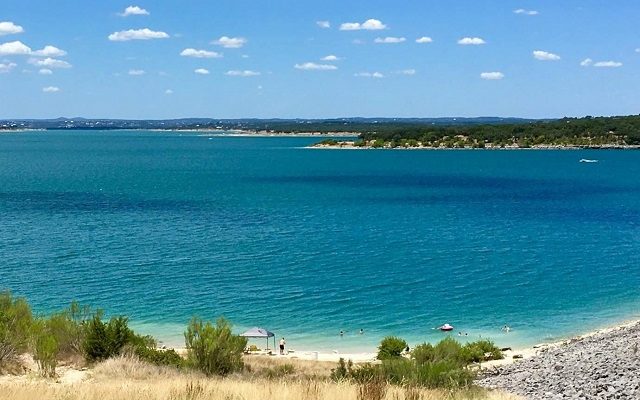 SAN ANTONIO (KTSA News) — When the temperatures hover in the upper 90’s and low 100’s as they have for the past several weeks, Texans head to their favorite body of water to cool off. Whether it be the coast, floating down a river or soaking in the sun at a nearby lake.

With a long holiday weekend approaching, you may be making plans to pack of the family for a few days of splashing around but if your Independence Day includes time at Canyon Lake, you may want to reconsider.

The U.S Army Corps of Engineers says large groups crowding the shores of Canyon Lake are creating some serious risks to public safety and the environment.

The biggest concern is the large amounts of trash being left behind by visitors. The trash left behind on the shoreline often makes its way into the water and creates huge messes for those who work to keep the shoreline clean.

Once the park’s designated parking lots and spots have filled up, people are parking illegally in the grass.

The help cut down on the damage and overcrowding, Canyon Lake is limiting capacity.

If you want to spend the day at the park, you’re being advised to plan ahead and arrive early.

Park officials say they can reach capacity by 10 A.M. on busy weekends and they’re expecting more people will head out to the park this weekend, only to head home disappointed after being met by a park ranger informing them they’ve reached capacity.

If by chance you’re one of the lucky ones to make it through the gate, remember to dispose of your trash properly and exercise caution of you’re in or near the water.