Castro’s brother — Joaquin, who is a congressman — tweeted out an image featuring the list and then called out some of the people, including Bill Miller Bar-B-Q, the Pearl and Phyllis Browning.

The presidential candidate and former San Antonio mayor told KSAT-TV in Iowa those people built their wealth off of the Hispanic community and used that money to support a president he said is creating hate messaging against that community.

“Joaquin did that, as he said, as a lament that in our city, that is more than 60 percent Hispanic, you have companies — whether it’s Bill Miller’s or others — that have built their whole fortune off of the Hispanic community, that have a lot of Hispanic employees that are putting that money into the pocket of a politician, Donald Trump, that is putting ads on Facebook calling it an invasion and fostering hate and division toward the Hispanic community,” Julian Castro said in the television interview.

The Washington Examiner reported Wednesday six of the 44 listed on the tweet have actually donated to Joaquin Castro’s congressional campaign or Julian Castro’s municipal campaign.

The D.C. news outlet reported Friday that the donors on the list say the foray with the Castros has raised about another $1 million for the Trump campaign.

“My phone’s been lit up for two days with calls from many of the Texas 44 and others of our friends here in Texas who are outraged by Castro’s comments,” attorney R.H. Bowman told the paper. “It looks like another million dollars is now headed to support the Trump 2020 campaign from those of us who were targeted, and other Texans, including Hispanics, incidentally, whose resolve to support [the president] is only strengthened by this personal attack.”

Meanwhile, seven House Republicans have been calling for an ethics inquiry into Joaquin Castro’s tweet.

“The request to the House Ethics Committee is baseless and these Members of Congress know that. The information shared by Representative Castro is publicly available through the Federal Election Commission and the kind that’s routinely reported in media outlets of every political persuasion. Their letter is a disingenuous attempt by pro-dark money, far-right legislators to limit Americans’ ability to track money in politics. They would prefer large contributions to be kept secret so that there’s no meaningful transparency in political giving,” Castro spokeswoman Katherine Schneider said in a statement. “We look forward to hearing from the Committee if the request is considered.” 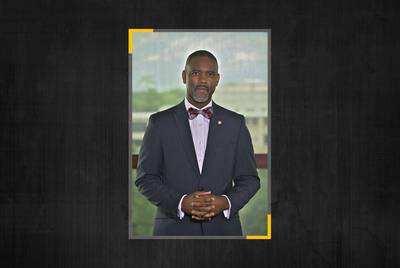