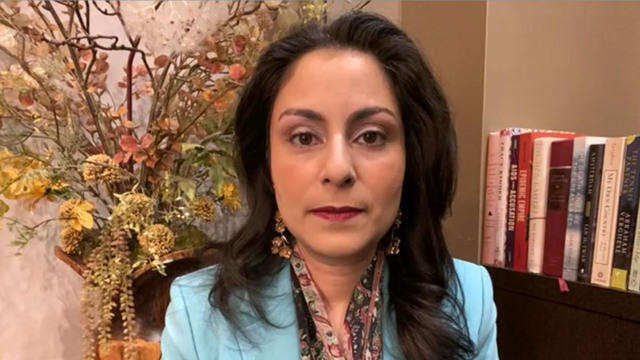 CDC’s new COVID-19 guidelines are drawing some criticism from medical experts for not requiring a negative test for asymptomatic patients to leave isolation. Some have speculated the lack of a testing requirement is due to a short supply of tests in the U.S.

“This really had nothing to do with supply. It had everything to do with knowing what we would do with the information when we got it,” she said on “CBS Mornings,” explaining that it’s unclear if rapid antigen tests provide useful information later in the infection period.

The new guidance says people who test positive for COVID-19, but have no symptoms, can leave isolation after five days without testing again. They should wear a mask for the next five days, the CDC said.

“What we do know is about 85% to 90% of viral transmission happens in those first five days, which is why we really want people to stay home during that period of time,” Walensky said. “And then mask for the rest of the time to capture that last 10% to 15%.”

On why a negative test is not required to leave isolation, Walensky said PCR tests would “not be viable” because they can detect remnants of the virus for up to 12 weeks, even after a person is no longer contagious.

As for antigen tests, which are less sensitive than PCR, medical experts don’t know if they can determine if someone will transmit the virus toward the end of a period of infection, Walensky said.

“We know it performs really well during that period where you’re initially infected, but the FDA has not at all looked at whether … your positive antigen really does correlate with whether you’re transmissible or not.”

So, even if someone tests negative with an antigen test after five days of isolation, the CDC would still urge them to wear a mask to prevent possible spread.

“Since it wasn’t going to make a difference in our recommendations, we did not recommend an antigen at that period of time,” Walensky said.

However, she said antigen tests are “absolutely” recommended for individuals who are exposed to someone who has COVID-19. They should test five days after exposure or if they get symptoms, the CDC advises.

“Frankly, the FDA has had two years to do these assessments that Dr. Walensky is referring to: whether they’re as good to make that initial diagnosis to say you’re contagious as they are for saying you are no longer contagious,” Gounder said Wednesday on “CBS Mornings.” “They’ve had two years and have been dragging their feet for two years.”

Gounder also noted that the U.S. doesn’t currently have enough rapid antigen tests and said she believes that is “driving the decision not to include [testing] as part of the protocol.”

At-home antigen tests are widely available for free in the U.K., and the Biden administration has vowed to ramp up supplies and distribute free tests in the U.S. in the coming weeks.