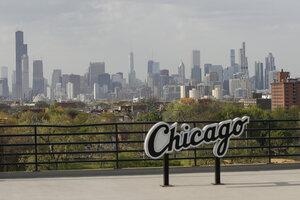 CHICAGO (AP) — Chicago has announced a bid to bring the Democratic National Convention that will choose the party’s presidential nominee to the city in 2024.

The announcement was accompanied by endorsements from top Illinois Democrats, including Gov. J.B. Pritzker and Chicago Mayor Lori Lightfoot.

“Hosting the 2024 Democratic National Convention in Chicago will create tremendous opportunities for job creation and business growth,” Lightfoot said, “and I am excited for the chance to show the world why Chicago is an important global city and the epicenter of the Midwest.”

“I’m proud to invite the nation to explore the Land of Lincoln and Obama,” Pritzker said.