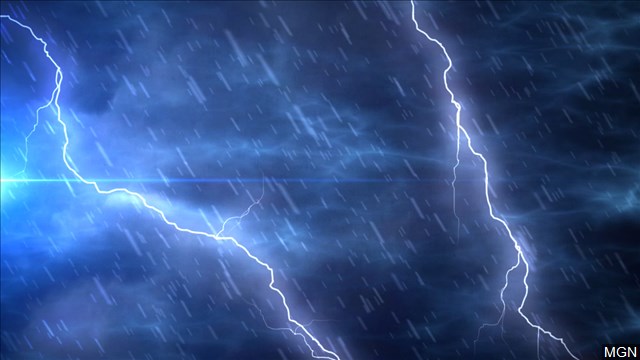 SAN ANTONIO (KTSA News) — I’ll admit. Whenever we get some new device or slick computer program in the news room, I often react like a 9 year old who just opened the coolest Christmas gift ever.

Like the time a radio station I worked at in 1985 installed a couple of CD players. It seems funny now but we all sat there and watched in amazement as the engineer showed us how to use them. It was Star Trek tech to most of us.

A lot has changed since then. I don’t think there is a CD player in the building and the computers we use can do some pretty incredible stuff.

I learn something new about their capabilities every few days. I used to think it was just because I’m not the most computer literate guy in the room. But apparently, I’m not alone when it comes to the wonders of broadcast technology.

For example, here’s the story of the meteorologist at ABC 7 in Chicago.

His name is Greg Dutra. I became aware of Greg when he started his first TV job in Bangor, Maine. He was the new kid on the block so he typically presented forecasts during weekend newscasts or he would occasionally fill in for one of the weekday meteorologists.

I remember how enthusiastic he was. He was so excited all the time.

As if often the case in small towns, broadcasters will move on to find success in larger markets.

Greg Dutra and his outstanding charisma moved on and these days, he is part of a popular morning TV show in Chicago.

Last Thursday, as Greg was presenting his forecast, he learned that his weather map was interactive, while he was live on the air.

Even though he is now a seasoned veteran, he reacted with the same wide eyed enthusiasm he had at his first TV assignment.

Check it out, it’ll make you smile.

This wasn’t in the training manual! @TBrownABC7 @valwarnertv and I go OFF THE RAILS when I discovered the TV is a touch screen while on-air on @ABC7Chicago 😂 pic.twitter.com/almrdxqz3d