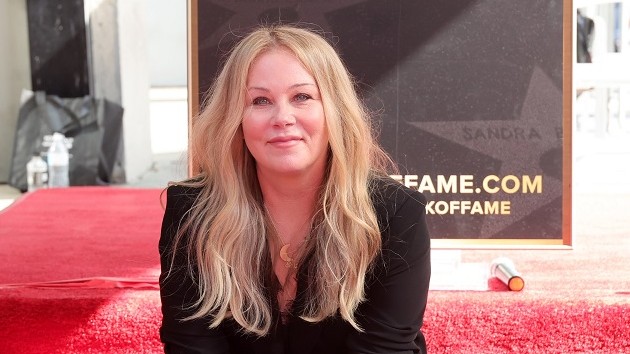 Christina Applegate took to Twitter on Tuesday to shut down a troll who insisted that the change in her appearance was the result of plastic surgery, not multiple sclerosis, as the actress has said.

Applegate shared a screenshot of the mean tweet someone posted in response to a People magazine article published on Sunday that read, “MS didn’t make you look that way a plastic surgeon did. And you are a scammer and not [Christina] Applegate.”

“And a bad plastic surgeon at that,” read a second message.

“Sooooo I made the unfortunate decision to look at some comments on an article from people mag about me and my kids at the [Critics Choice Awards],” the Dead to Me star tweeted. “Of course I told her that it wasn’t nice. This was her reply.”

“What is wrong with people. By the way, I laughed,” Applegate added.

The Married with Children alum attended the Critics Choice Awards on Sunday — her first awards show since her diagnosis — with her 11-year-old daughter, Sadie, at her side.

Applegate opened up about the changes she’s gone through over the past year dealing with MS in a November interview with The New York Times, revealing she gained 40 pounds and can’t walk without a cane.

“I am very aware of all of that,” she continued. “If people hate it, if people love it, if all they can concentrate on is, ‘Ooh, look at the cripple,’ that’s not up to me. I’m sure that people are going to be, like, ‘I can’t get past it.’”