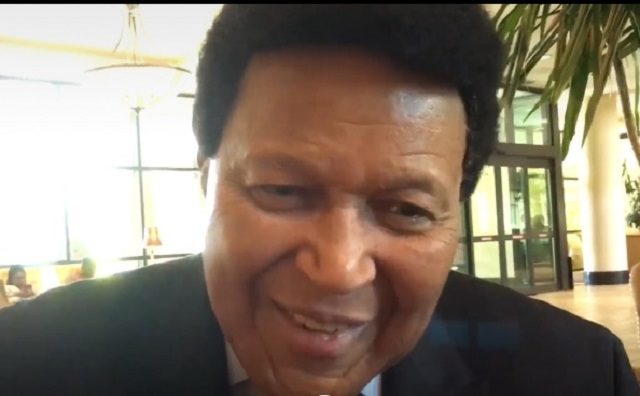 SAN ANTONIO (KTSA News) – Chubby Checker’s in town and he hit San Antonio like a twister. Shortly after his plane landed at San Antonio International Airport, he headed to Augie’s BBQ for some “good Texas barbecue,” he told KTSA News. “That’s the best brisket I’ve ever had.”

Next stop, a fitting for a guayabera shirt from Penner’s downtown and he graciously posed for photos with fans everywhere he went. He finally checked into his hotel, but the 77-year-old rock-n-roll legend had no time to rest.

“I love San Antonio and I’m looking forward to seeing everybody do the twist along the parade route,” he said.

He has friends here, in Pleasanton and other cities in Texas.

His real name is Ernest Evans. He was born in South Carolina, but grew up in South Philadelphia. When he was a child, his mother took him to see Ernest Tubb , the Texas Troubadour, and that’s when the young Evans decided he wanted to be a singer.

He recorded The Twist in 1959 and after he performed it on Dick Clark’s American Bandstand in 1960, the song and dance took the country by storm. It changed the way couples danced and started the “dancing apart” craze.