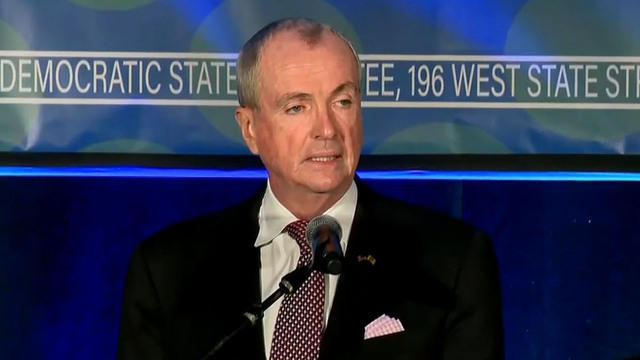 New Jersey Republican Jack Ciattarelli is expected to concede the governor’s race to Democratic incumbent Phil Murphy on Friday, a source told CBS News. He has a news conference scheduled for 1:00 p.m. Friday.

Ciattarelli trails Murphy by about 74,000 votes, or 2.9 points, 10 days after Election Day. CBS News projected that Murphy would be reelected on November 3.

Murphy’s campaign stepped up its calls for Ciattarelli to concede the race on Monday, but Ciattarelli’s legal counsel said the campaign wasn’t yet ready to do so.

Mark Sheridan, a campaign lawyer, said the campaign was waiting for more ballots to be counted but is not alleging “fraud or malfeasance.”

Heading into Election Day, polls showed Murphy with a high single-digit lead, but strong Republican turnout led to a very good showing for the GOP. Republicans had big wins on the ballot, boosted by Ciattarelli, including the defeat of  the powerful New Jersey Democratic Senate President Steve Sweeney. Sweeney conceded his race on Wednesday.

Ciattarelli largely ran on fixing New Jersey’s high taxes, a tactic that benefited him as affordability became a bigger factor in the race’s closing stretch. Republicans have pointed to Ciattarelli’s closer-than-expected race, along with Virginia Governor-elect Glenn Youngkin’s victory, as a potential roadmap for winning governor’s races nationwide in 2022.

Murphy was the first Democratic governor to be reelected in New Jersey since 1977. While his margin has grown since the race was called last week, the relatively close races are raising concerns among some Democrats about their prospects in key states during the midterm elections next year.