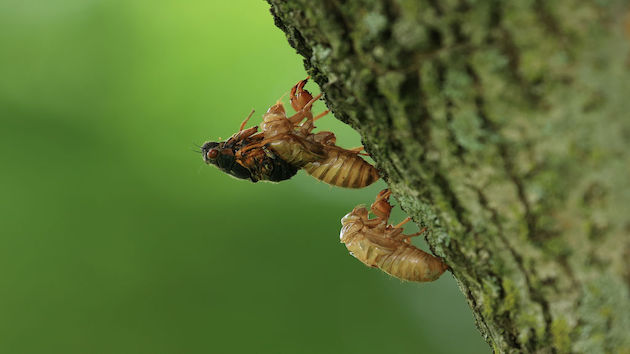 DUBLIN, OHIO - JUNE 06: A cicada comes out of it's shell as seen on the course during the final round of The Memorial Tournament at Muirfield Village Golf Club on June 06, 2021 in Dublin, Ohio. (Photo by Sam Greenwood/Getty Images)

The Delta A330’s Auxiliary Power Unit (APU) — one of multiple sources of electrical power to the aircraft cabin and other systems required to function properly for flight — was overwhelmed by cicadas, the airline said.

Delta had to dispatch a replacement aircraft and crew to Washington-Dulles International Airport in response to the “several” cicadas. The journalists traveling to cover President Joe Biden’s trip were delayed for six hours.

“We apologize to our charter customers for this rarest of entomological delays,” Delta said in a statement to ABC News.

Cicadas have invaded the Washington area in recent weeks. There are so many that the Doppler radar in Sterling, Virginia, could actually be picking them up.

For the past 17 years, Brood X cicadas have been underground feeding off sap from tree roots. Once the ground reaches 64 degrees, the red-eyed nymphs crawled up from the dirt and shed their skins, becoming adults.

“There are going to be billions, if not trillions of periodical cicadas interacting with tens of millions of human beings,” Michael Raupp, Emeritus Professor of Entomology at the University of Maryland said in an interview with ABC News.

Once the cicadas crawl up from the ground, they will fly up to the tree-tops and mate.

“They’re going to the treetops to have a big party. That’s when the cicada-palooza will happen,” Raupp said. “The males are going to court the females, and they’re going to hook up and mate.”

The eggs they laid will hatch, fall from the trees and start the 17-year life cycle all over again.

“For 17 years, they’ve been taking from the planet, they’ve been sipping plant sap, when they get up and out of the ground, they’re going to begin to give it back,” Raupp said. “Many creatures are going to eat cicadas — raccoons, foxes, squirrels. So, in this 17th year, the cicadas begin to give back to Mother Nature and the other creatures in our food webs, in our food chains. And finally, after they complete their tiny lives, they’re going to rain back down on the ground. They’re going to fertilize the very plants from which they were spawned completing a circle of life.” 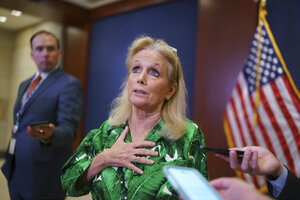