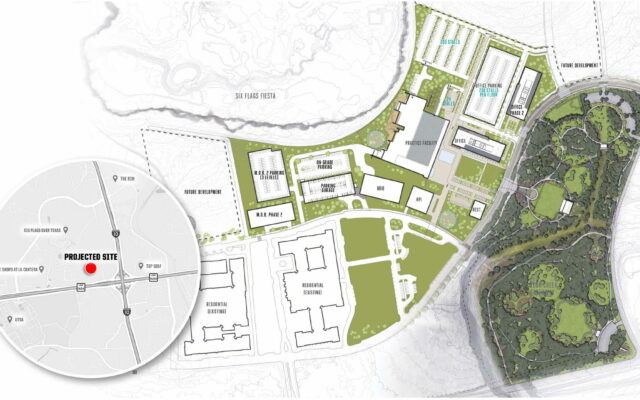 SS&E would still pay property taxes on the 50-acre facility near La Cantera, but would get back 60% for improvements over 20 years or until the $17 million cap is hit.

“This investment presents a strategic partnership in support of the near term and future competitiveness of the San Antonio Spurs. The City and SS&E have worked closely together to align this development with the UTSA Regional Center Plan, and as part of our agreement, secure enhanced tree canopy preservation and higher water quality standards for the project,” said City Manager Erik Walsh. “Given the additional alignment with community priorities around workforce development and public art, as well as an estimated $21 million net fiscal benefit, we are confident in this strategic investment in our city.”

The Human Performance Campus on the city’s northwest side will include training facilities, medical and research offices, commercial areas in addition to a 22-acre park and outdoor plaza.

The dissent came from District 2 Councilman Jalen McKee Rodriguez. District 10 Councilman Clayton Perry was not present for the vote.

“To be clear, I am certain that this development will bring wonderful opportunities for the San Antonio area, and I am proud to have such a great community partner in the Spurs. However, I have strong concerns for the environmental impacts of this development,” Rodriguez said. “The property lies entirely over the Edwards Aquifer Recharge Zone and will add impervious cover and potential pollutants in an environmentally sensitive area. After San Antonio’s long history of fighting to protect the aquifer, it would be shortsighted to make temporary gains and risk our primary source of drinking water in San Antonio.”

In total with today’s vote, local officials have voted to commit $32 million to the project. The Spurs organization plans to spend more than $510 million in order to develop the facility.

“With this new Human Performance Research Center, San Antonio is going to become a destination for teams across the region–including athletes, first responders, members of our armed forces, and others who strive for physical excellence to improve their organizations,” District 8 Councilman Manny Peláez, whose council district will be home to the facility, said. “This is an incredible project for District 8 and our city as a whole, and I’m excited to see the continued growth and development of the Spurs here in San Antonio for years to come.”