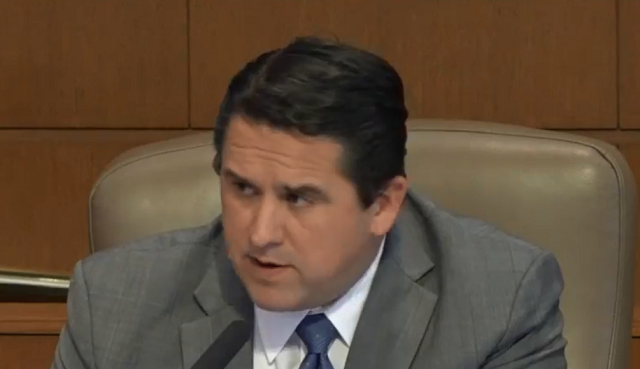 Staff is proposing cuts in everything from street maintenance, to police overtime pay and personnel expenses, but City Manager Erik Walsh made one thing clear: “I do not want to contribute to the unemployment rate in San Antonio.”

There’s a hiring freeze and Walsh says there could be pay cuts.

“We will look at things like furlough days or possible pay reductions, and that’s going to be the trade-off to preserve jobs,” Walsh told the city council Thursday.

Street maintenance could take the biggest hit with a proposed $50 million dollar reduction over the next two years, which raised the ire of Councilman Clayton Perry.

“Streets and drainage–those types of issues are always really high on the list of what people want to see their tax dollars going towards,” said Perry.

He’s also concerned that staff is recommending only two police cadet classes next year instead of four.  Perry says many SAPD officers are nearing retirement.

The mayor and other council members,  feeling pressure from activists who are urging them to slash the $479 million SAPD budget, suggested diverting some of those funds to social services.

The proposed budget, or what was referred to Thursday as the “trial budget,” would also cut nearly $8 million in overtime pay for police officers over the next two years.

Arts groups which are funded by the hotel-motel tax also are hurting.  COVID-19  forced many local hotels to totally shut down when travel nearly came to a complete halt.

An economist told city council Thursday that it could take six to eight years for hotel occupancy to get back to pre-pandemic levels. He said demand will be led to recovery by leisure visitors, and even when conventions get going again, attendance will be down because some people will be uneasy about traveling.

Revenues from San Antonio International Airport and city-owned parking lots and garages also are down.

City council will have a budget work session next Friday and throughout the summer before a final version is adopted in September. Several virtual Town Halls also are scheduled, and you can see the dates and times here.