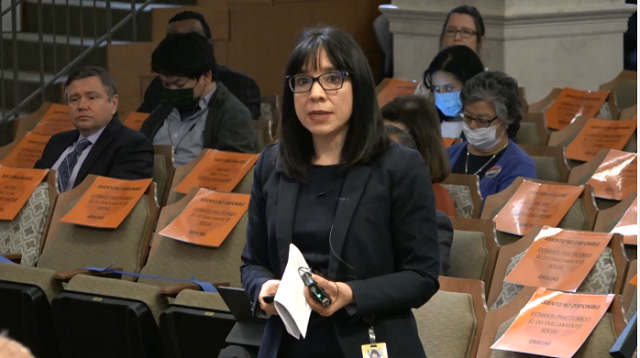 SAN ANTONIO (KTSA News) – The City of San Antonio has already cut services, furloughed employees and put some street projects on hold, but it looks like the coronavirus could force deeper budget cuts.

Deputy City Manager Maria Villagomez told the council that they could be facing a $200 million dollar shortfall in the next budget cycle.   She also warned that it took 5 years to recover after the Great Recession.

“The airport revenues were the quickest to recover.  Within a couple of years, our revenues were to the level that they were before the recession,” said Villagomez.

But she says it took the hotel occupancy tax five years to recover.

“This organization and past councils have had to deal with past recessions or 9/11 and have always demonstrated the ability to be thoughtful and focused on what it takes to get through a recovery process,” said Walsh. “All of those examples pale in comparison with what we are dealing with right now.”

Villagomez told the city council that San Antonio has received $270 million dollars  from the Cares Act– Coronavirus Aid, Relief and Economic Security Act. However, they can’t use the money to fill the gaping hole in the budget.  There are strict federal guidelines on how that money will be used.

She says they can use the federal funds to cover expenses related to the city’s response to the COVID-19 pandemic, such as police, fire and Metro Health costs.  They can also use the money to pay for personal protective equipment and housing for the homeless and rental assistance.