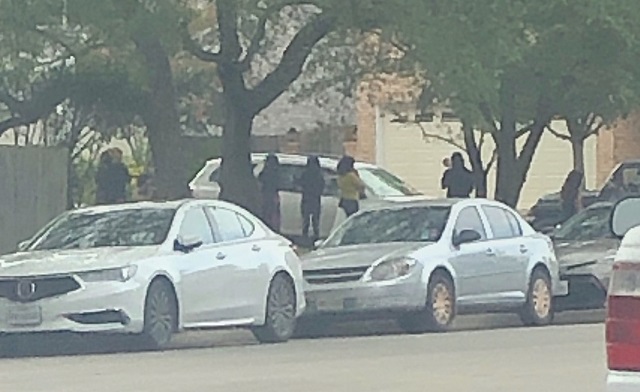 KTSA’s Jack Riccardi asked Perry in a separate interview Monday afternoon what the councilman had called to tell the mayor.

“I told him, ‘Hey, there’s a bunch of people out on my front yard,'” Perry responded. “There’s a decorum in the council that should be maintained and I’ve seen that eroded and eroded over time that he is not taking charge of the council meetings to make sure that decorum is respected and the people on that council are respected. I certainly respect others… but that kind of thing and not following the rules of the council are not right.”

SAN ANTONIO (KTSA News) — San Antonio city councilman Clayton Perry is talking about the protesters who showed up at his house Friday evening.

Perry tells KTSA’s Trey Ware he wasn’t expecting them to show up but when they did, the whole neighborhood heard them honking their horns, cursing and using bullhorns while demanding his resignation.

Perry was asked if he’s heard from Mayor Nirenberg since the protesters came to his house. He says he called the mayor to let him know what was going on but he never heard back from him.

He says the only city council member he’s heard from is Dr. Adriana Garcia and thanked the police for staying on the scene until the protesters left.

One of the protesters in front of Perry’s home said that if the councilman didn’t resign, they would be back on a regular basis.

There’s been no report of the protesters returning since Friday night.