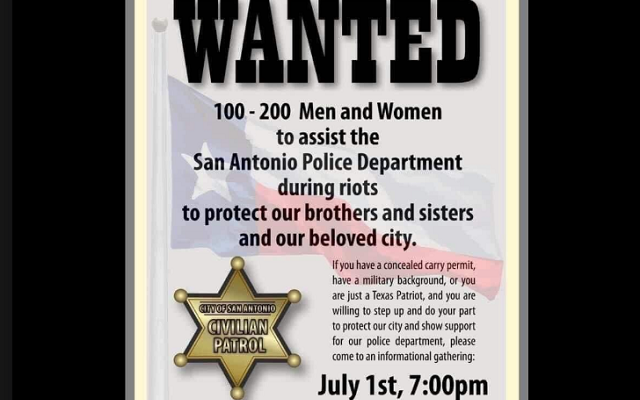 SAN ANTONIO (KTSA News)  The flyer says,”Wanted–100 to 200 men and women to assist the San Antonio Police Department during riots to protect our brothers and sisters and our beloved city.”  It’s an invitation to a meeting and it includes a phone number to call, with  Alamo Sign Solutions listed as the sponsor.

“During a time when our residents are speaking up for changes in policing, flyers like these only seek to stoke controversy,” said City Manager Erik Walsh. “We do not endorse these actions and I hope this individual will finally cease these harmful actions.”

The letter informs Alfaro that continued unauthorized claims purporting to be assisting the San Antonio Police Department may result in the City seeking legal action against him.