Column: Big night for the Raiders and their new hometown 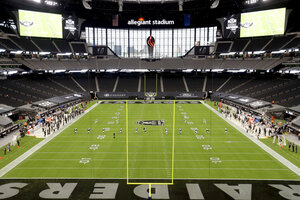 LAS VEGAS (AP) — As the light outside faded, the glittering casinos on the Las Vegas Strip came to life Monday evening through the giant lanai doors in the new home of the Raiders.

If the backdrop was spectacular, so was the scene on the field. There were the Raiders playing the New Orleans Saints before a national television audience, a moment the late Howard Cosell would have never imagined when Monday Night Football kicked off exactly a half century earlier.

No one else would have imagined it would take place before 65,000 empty seats, but that’s sports during a pandemic. Not only were fans missing — at least indoors — but so was Raiders owner Mark Davis, who expressed his solidarity with his new city by watching on TV with other team executives at the Raiders practice facility.

His mother, Carol, was there, leading a ceremonial lighting of the giant torch honoring her late husband, Al. So was NFL commissioner Roger Goodell, who just a few years ago was threatening to suspend any player who might even accidentally enter a casino in this gambling town.

And everything in the sparkling new $2 billion Allegiant Stadium screamed the Silver and Black — even if there were no actual fans there to scream for their team.

Best of all, a town that loves a winner got one. The Raiders overcame an early 10-0 deficit to dominate most of the rest of the way, beating Drew Brees and the New Orleans Saints 34-24.

And, in true Las Vegas fashion, coach Jon Gruden compared it to the kind of big events Las Vegas was known for before it landed an NFL team.

“We knew it was going to be a 15-round fight here tonight,’’ he said. ”You just got to keep swinging against New Orleans because they have the heart of a champion.’’

The newest show just off the Strip at the corner of Al Davis Way and Dean Martin Drive was an instant hit, with Derek Carr and tight end Darren Waller playing pitch and catch most of the night and the Raiders controlling the time of possession. Josh Jacobs ran for 88 yards, and Daniel Carlson kicked a 54-yard field goal with 1:05 left to clinch the win.

The bookies just down the street has made the home team four-point underdogs, figuring the Raiders defense was going to have trouble stopping Brees. But you only get to open at home once and the Raiders weren’t going to be denied on this night.

Outside the stadium fans parked cars anywhere they could and joined at fences to watch on their phones and cheer for their new team. At halftime, the Killers rocked them and the nation from the rooftop of nearby Caesars Palace.

Oakland and its aging stadium suddenly felt like a very long time ago.

“We have a great fan base and they’re out in the street proving it,’’ Gruden said. ”I just hope they wear their masks.’’

If they did, they were paying more attention to health guidelines than Gruden. He paced the sideline with his mask low much of the game, not covering anything but his chin despite NFL warnings for coaches to mask up.

“I’ve had the virus and I’m doing my best’’ Gruden said, saying he had trouble calling plays with a mask on. ”I’m very sensitive about all of that and I apologize.’’

For a while it looked like Gruden might have to apologize for the play of his team, too. But after a slow start the Raiders are now 2-0 on the young season, and 1-0 in the stadium Mark Davis dubbed the Death Star because that’s where the other team’s chances to win die.

Carr said the team has bonded quickly with its new home and knew the significance of winning the first game in Las Vegas.

“We want to emulate what Vegas has and we want to feed off each other,’’ he said. ”It’s hard not to feel that energy in the stadium but trust me, just being a part of this community and going home every day we feel it.’’

On this night, at least, the feeling was good for both the Raiders and their fans. The Raiders — or any other NFL team — making a home in Las Vegas was once unimaginable but is now finally a reality.

It may be the perfect marriage of a rebel team in a city that has always flaunted the rules.

The Raiders have embraced Las Vegas, and the city is loving them back. 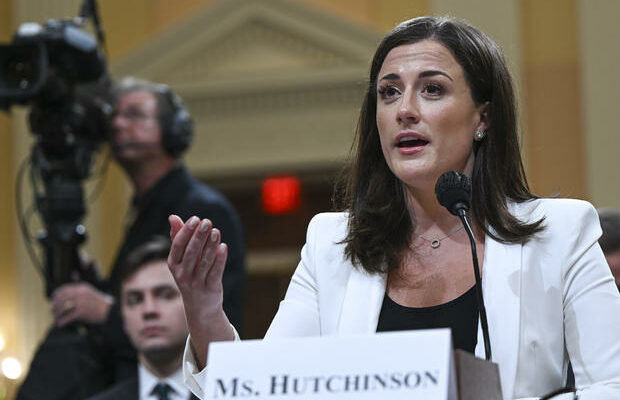