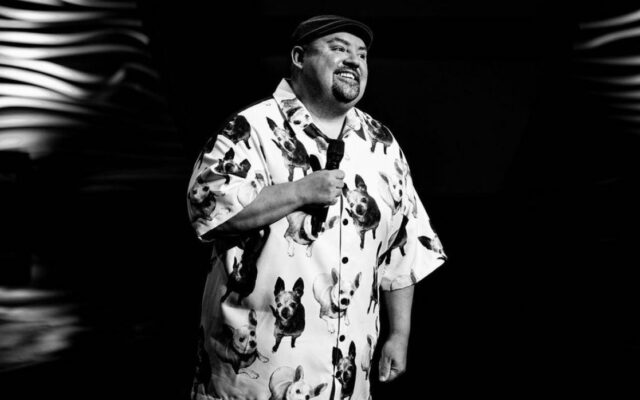 SAN ANTONIO (KTSA News) — COVID-19 is no laughing matter, even if you’re a stand-up comedian.

Gabriel Iglesias, who refers to himself as “Fluffy” announcing that he has the virus and is canceling several shows in San Antonio.

Iglesias has been in town since last month when he started a run of 26 shows at the Tobin Center. The shows were being taped for a future comedy special.

He made the announcement about his diagnosis in a video on social media.

“Unfortunately I have tested positive for COVID-19. I made sure that I got tested by two different types of tests to confirm that it is COVID and they both came back positive.”

He says he started showing some symptoms, body aches and chills but other than that he feels “pretty good”.

Iglesias says he has to cancel the rest of his Tobin Center shows in order to isolate. He says he will get tested again next week and if he gets three negative tests he will go back to work.

To add insult to injury, he made the announcement on his 45th birthday.

“Not the way I wanted to spend my birthday but at least I’m alive….and I have cake…I can’t taste it or smell it but I have it. Wish me luck.”

Announcement I didn’t want to make on my bday… #FluffyGotCovid ☹️ pic.twitter.com/Y41jpYuZAt