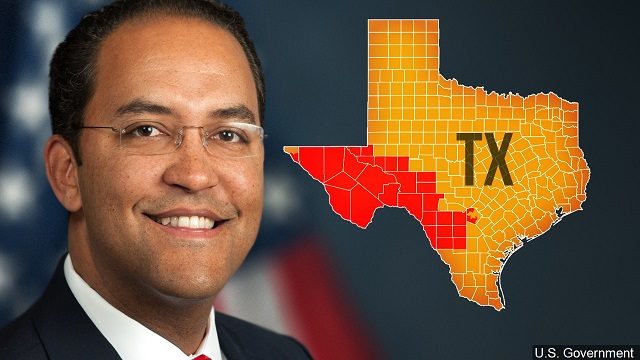 SAN ANTONIO (KTSA News) — A Republican congressman from the San Antonio area says a border wall is too expensive and would not be an effective means of providing border security.

U.S. Representative Will Hurd, whose district stretches from San Antonio to El Paso, says barriers make sense in areas where Border Patrol agents can respond, but they are ineffective in other areas.

He says if Border Patrol Agents aren’t there to apprehend those who climb over the wall or go under the wall, it won’t stop people from crossing into the United States illegally.

Hurd would rather see money spent on hiring more personnel and better technology, including drones and radar.

He says the only way to get “operational control of the border, which means knowing everything that’s coming back and forth across our border, is by looking at all 2,000 miles of our border at the exact same time.”

Rep. Hurd, the only Republican congressman who represents a border district, doesn’t think President Trump should have declared a national emergency to get funding for a wall.