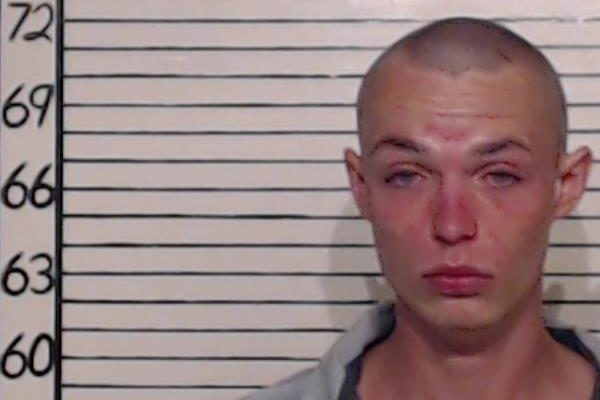 CONVERSE, Tex. (KTSA News) — A Converse man has been arrested in the fatal stabbing of a man in Canyon Lake after leading police on a high speed chase through New Braunfels.

The Comal County Sheriff’s Office said a man was found dead on the side of the road on South Cranes Mill Road in Canyon Lake with a possible neck injury Sunday morning.

Investigators were able to later identify the victim as 53-year-old Kyle Foster.

Once that identification was made, the sheriff’s office was able to get a description of a car he owned as part of the investigation.

Deputies spotted the gold Toyota Camry on FM 2673 in Startzville at around 8 p.m. Sunday.  They tried to stop the car, but the driver instead led them on a high speed chase through Sattler to FM 306 into New Braunfels.  The sheriff’s office said the driver was going over 100 miles per hour during the chase.

New Braunfels police used spikes on FM 306 near Hunter Road near Gruene and the chase came to an end further down FM 306 near Interstate 35.

The driver has been identified as 20-year-old Brody Davis of Converse.  The sheriff’s office said Davis confessed to stabbing Foster.

The investigation by the sheriff’s office and the Texas Rangers continues.