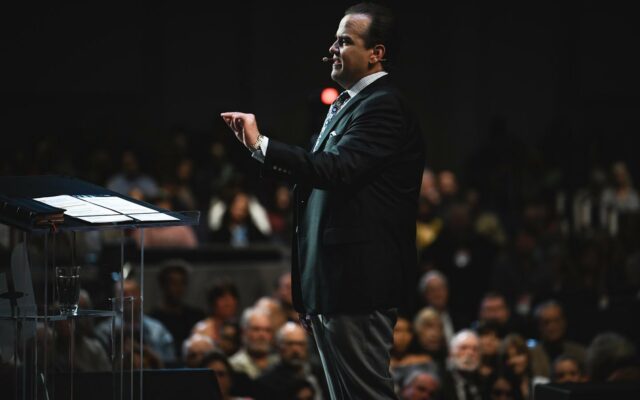 The Pastor has been getting an earful after a video of attendees at the event chanting “Let’s Go Brandon” went viral.

The phrase has become a popular slogan for critics of President Joe Biden after a TV commentator at a NASCAR event heard spectators yelling “F**K Joe Biden” but told viewers they were yelling “Let’s Go Brandon” in support of driver Brandon Brown.

Pastor Hagee addressed the chants that were heard in the Church, saying the chants did not happen during services but at a “ReAwaken America” event held by an outside organization.

His statement is posted on the Church’s social media accounts.

“Last week I allowed an event to be held at Cornerstone Church by an outside organization. Regrettably, the organization was not properly vetted. It was not appropriate to allow this event at our church. The Church is not associated with this organization and does not endorse their views.

I was invited to welcome the crowd where I thanked veterans for their service and thanked the crowd for their commitment to their faith.

I deeply regret, and ask forgiveness, for what took place in the Cornerstone sanctuary as a result of my oversight.

In the future, Cornerstone Church will ensure that organizations using our facility are an appropriate reflection of our mission and vision.”