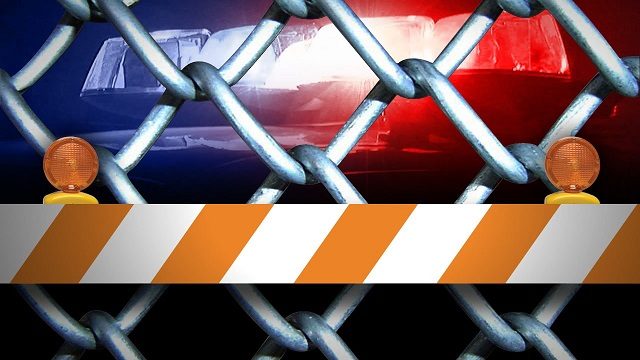 SAN ANTONIO (KTSA News) – The lockdown has been lifted at Naval Air Station-Corpus Christi after a man who crashed through a gate in a stolen truck was arrested.

KRIS-TV reports the driver led police on a chase that began in Portland and ended at the military installation around 8 this morning. When the driver breached the North Gate, the pylons that jut from the ground were activated, causing the Dodge Ram to crash. The suspect ran and the base was placed on lockdown until he was apprehended.

Base officials say the area is secure, but the North Gate will remain closed until further notice. The  South Gate is open.

Ammunition and weapons reportedly were found in the pickup.

SAN ANTONIO (KTSA News) – Officials at Naval Air Station in Corpus Christi  report a suspect has been apprehended, but the base remains  on lockdown.

Earlier, the base tweeted that  an unauthorized person is on the military installation and they asked everyone to shelter in place.

There were no reports of a shooting, but they were searching for a suspect who was possibly armed.  School buses have been rerouted away from the base.

While a suspect has been taken into custody, base officials are waiting to make sure everyone is safe before they lift the lockdown.